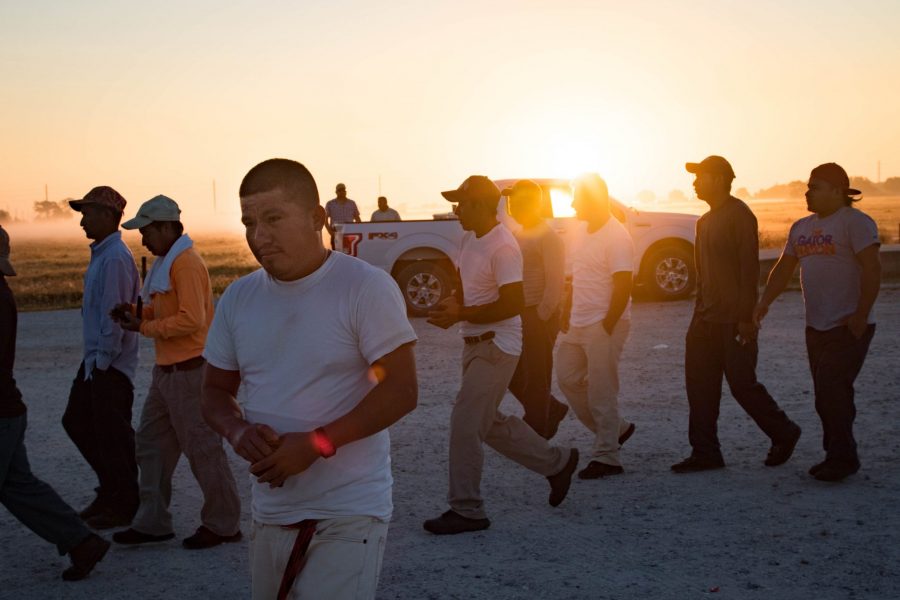 Salucio: “The harsh reality is temperatures are rising and workers feel that and know it is happening”

Naples Daily News article underscores the urgent need for enforceable, mandatory protections like those now made real by the Fair Food Program

Across the country, farmworkers continue to endure record-shattering heat in the fields with few enforceable protections.  And they are not alone.  Just this week, over 200 of the world’s leading scientific journals, including The Lancet and the New England Journal of Medicine, published an extraordinary joint editorial calling rising temperatures and their consequences — including heat-related mortality — the “greatest threat to global public health” today.  The scientific community called on governments “to cooperate and invest in the environmental crisis with the degree of funding and urgency they used to confront the coronavirus pandemic.”

With governments slow to recognize and act on the existential threat posed by rising temperatures, the FFP is doing its part.  As we announced here in August, the CIW and Participating Growers in the Fair Food Program have created and implemented a new heat stress illness plan, once again breaking ground on enforceable workplace protections in agriculture, just as the FFP did last season with the first mandatory, enforceable Covid protections in US agriculture.

The rules, also featured in the just-released Fair Food Program annual report, cover rest breaks, monitoring and responding to symptoms, and education of workers and supervisors. The protections are integrated alongside existing Fair Food Program rules around shade and water, and are already being monitored and enforced by the Fair Food Standards Council on participating farms.

“The harsh reality is temperatures are rising and workers feel that and know it is happening,” Salucio said. “Putting this tool in the hands of workers’ ability to protect one’s own health is incredibly important in this moment.”

… In August, the Union of Concerned Scientists released a new study reporting that outdoor workers in Florida stand to lose $8.4 billion annually by midcentury. The report also says Florida and the U.S. lack mandatory standards to keep workers safe as extreme heat days in the nation are set to quadruple.

“Without additional protections, the risks to workers will only grow in the decades ahead as climate change worsens, leaving the roughly 32 million outdoor workers in the United States to face a brutal choice: their health or their jobs,” the report says.

Florida temperatures grow more extreme once it gets to April and workers feel that heat, Salucio said.

The Occupational Safety and Health Administration lists 92 heat-related fatalities across the country from January 2016 to September 2020, though the agency has no enforceable federal standards to ensure employers appropriately respond to signs of heat stress.

“With the increasing prevalence of extreme weather conditions as well as employers who neglect to invest in their workplaces, the risk this danger poses for our workers, communities, and the economy is at a pressure point,” the senators wrote in an August letter to the U.S. Department of Labor.

Diana Tellefson Torres, executive director at the United Farmworkers Foundations, said in a news release that access to water, shade, training and breaks is now a matter of life and death amid record-breaking temperatures.

“Unfortunately, without federal heat standards, thousands of farm workers are vulnerable to heat illness and death,” she said.

“Many regulations are implemented without a plan for enforcement,” he said. “Meanwhile, what we’re able to do as workers creating the Fair Food Program is have a system that might have a fairly brief, to-the-point booklet that’s a few dozen pages, but each of those pages is enforced and made real. They are tangible and real for workers on a day to day basis.”