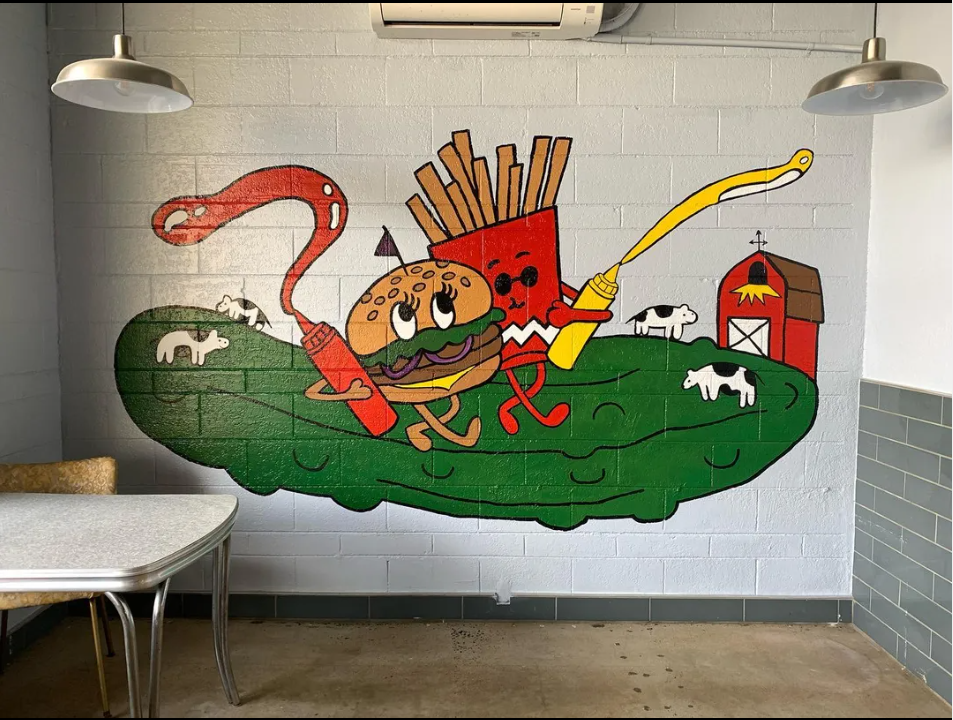 A few months ago, we welcomed the first food truck to join the fast-growing Fair Food Sponsor Program: The Trashy Vegan, an Asheville, NC, -based food truck known for its 100% vegan takes on classic “trashy” junk food –  including faves like tot burgers, “chicken” sandwiches, and decadent loaded fries.

By the end of last year we had signed all the paperwork, and over the past several months the FFP and Trashy Vegan communications teams were gearing up to officially announce our new partnership.  But before we even had the chance to share our news with the world, more great breaking news came across the wire: This Friday, The Trashy Vegan will officially open its first-ever brick-and-mortar restaurant in Asheville, NC!

Although the restaurant doesn’t sell produce, The Trashy Vegan does buy produce for the meals it prepares and shares the same commitment to ethical food that the existing co-ops and grocers in the Sponsor Program all have in common. In fact, we created the FFP Sponsor Program with this exact intention: to allow ethically-minded, small businesses in the food industry to make a meaningful contribution to the movement for Fair Food, even when they don’t wield the same market power as big retailers.

That message resonated with The Trashy Vegan’s co-owners Joel Boggs and Michelle Edwards:

“As a small-time producer and consumer, it sometimes feels like our decisions do not have an impact on the broader system –  but that doesn’t mean we should not try to use our influence for good. The current food production system is riddled with problems surrounding the treatment (and exploitation) of both human and non-human animals.

The best thing we can do is bring those issues to light and support amazing initiatives like the Fair Food Program that are fighting to create a more just system for all. We encourage people as consumers to be conscious of where their food came from, how it got there, and the impact that their everyday purchases have.

Collectively, our choices make a difference and we have a responsibility to each other and the planet to make it a good one.”

The restaurant’s grand opening is set for Friday from 3pm-8pm at their new permanent home at 697 Haywood Road in West Asheville.  If you’re in the area, we hope you’ll stop by and show them some love!

Follow The Trashy Vegan on Instagram (be prepared to drool!) at @the_trashy_vegan.  And if you’re in the mood for something sweet, check out their (also new!) vegan doughnut shop, Dough House @_doughhouse!

P.S., Do you know a local favorite restaurant, co-op, or independent grocery store that should join the FFP Sponsor Program? Learn more and let us know here!